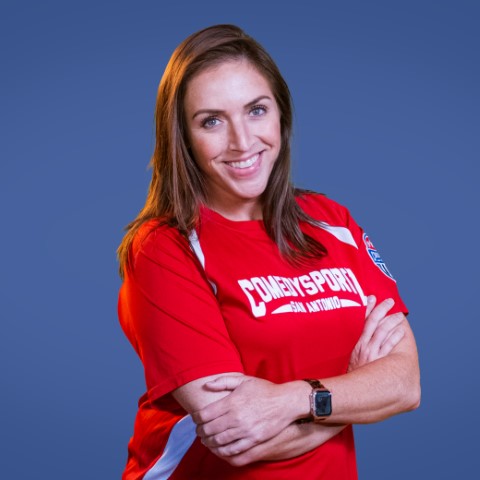 Nickname: "Morgan Where there’s a way, there’s a Williams"

Bio: Morgan was recruited to ComedySportz after the team discovered her while performing a private show at the local federal prison. Morgan, along with her crew of 10 other thieves with diverse yet complimentary skills, had just pulled off an elaborate heist at not one, but two Las Vegas casinos. Sure, the money was good, but this was really a personal job. Morgan left her life of crime to pursue her dream of performing several times each month at a local ComedySportz franchise.