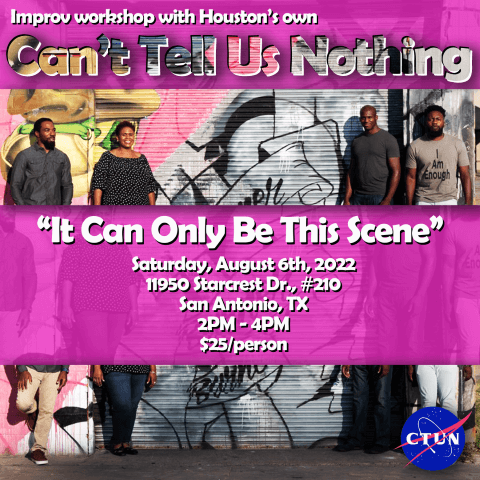 Guest Workshop: It Can Only Be This Scene - with Can’t Tell Us Nothing

Each scene you perform in improv is unique and will be funny, insightful, and moving in its own way. CTUN will walk you through some exercises that reflect how we like to approach the world of scene building and how we take our scenes to the next level.